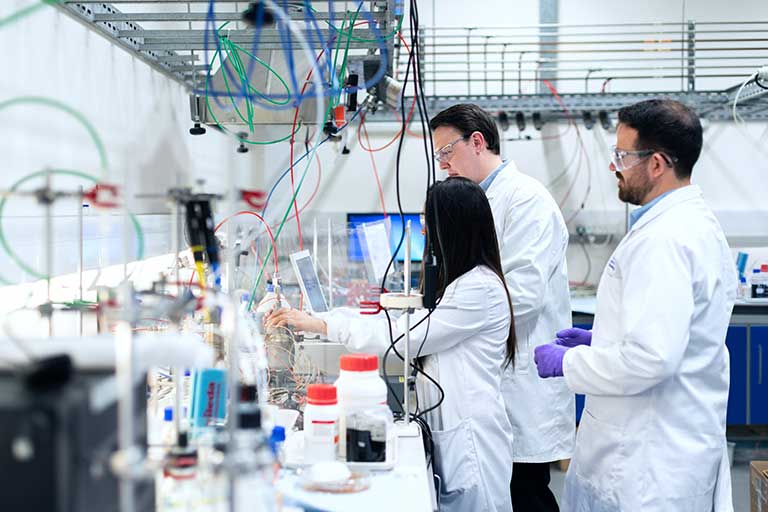 To provide high-quality concentrated products, and to establish an innovative cannabis brand with affordable prices.

To provide the highest quality analytical results for our customers.

To provide the most innovative research and development program.

Zollaris Laboratories Corp is working on four  patents, one in the virus domain and three  formulations in the anti-inflammatory and pain neuropathy. 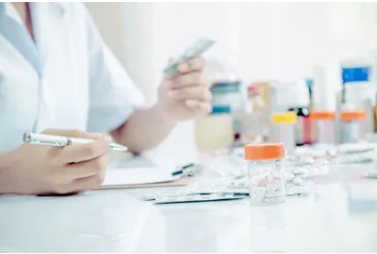 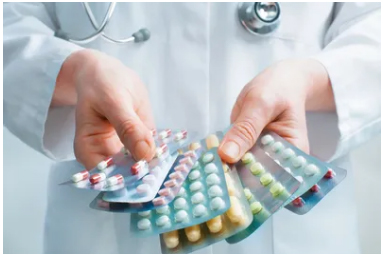 Zollaris Laboratories Corporation is the Canadian biopharmaceutical company.
We strive to profoundly impact the health of Canadians through the discovery, development and delivery of medicines.
Our diverse portfolio offers a broad range of benefits and solutions to meet the needs of Canadians and the North, Central and South Americans.
Zollaris innovative portfolio focuses on the discovery and development of new medicines and vaccines. By focusing on the best science and patient experience, Zollaris leadership and significant investments support faster delivery of breakthrough medicines that can fulfill unmet needs.
Zollaris also offers a comprehensive portfolio of multisource medicines that deliver quality care and sustainable solutions to the healthcare system.

The pharma industry is growing exponentially, and the use of cannabis for medical purposes is being adopted across the nation. With this boom in cannabis consumers, there has been an increasing need for knowledge about the product.

The most important component of cannabis testing is the analysis of  profiles, also known as potency.

Different types of metals can be found in soils and fertilizers, and as cannabis plants grow, they tend to draw in these metals from the soil. Heavy metals are a group of metals considered to be toxic, and the most common include lead, cadmium, arsenic and mercury. Most labs are required to test and confirm that samples are under the allowable toxic concentration limits for these four hazardous metals.

There are many pesticides that are used in commercial medical and natural API to kill the pests that thrive on the plants and in greenhouses. These chemicals are toxic to humans, so confirming their absence from cannabis products is crucial. The number of pesticides that must be tested for varies from state to state, with Colorado requiring only 13 pesticides, whereas Oregon and California require 59 and 66 respectively. Canada has taken it a step further and must test for 96 pesticides, while AOAC International is developing methods for testing for 104 pesticides. The list of pesticides will continue to evolve as the industry evolves.

Testing for pesticides is one of the more problematic analyses, possibly resulting in the need for two different instruments depending on the state’s requirements. For a majority of pesticides, liquid chromatography mass spectrometry (LCMS) is acceptable and operates much like HPLC but utilizes a different detector and sample preparation.

Pesticides that do not ionize well in an LCMS source require the use of a gas chromatography mass spectrometry (GCMS) instrument. The principles of HPLC still apply – you inject a sample, separate it on a column and detect with a detector. However, in this case, a gas (typically helium) is used to carry the sample.

Residual solvents are chemicals left over from the process of extracting cannabinoids and terpenes from the cannabis plant. Common solvents for such extractions include ethanol, butane, propane and hexane. These solvents are evaporated to prepare high-concentration oils and waxes. However, it is sometimes necessary to use large quantities of solvent in order to increase extraction efficiency and to achieve higher levels of purity. Since these solvents are not safe for human consumption, most states require labs to verify that all traces of the substances have been removed. Testing for residual solvents requires gas chromatography (GC).

Terpenes are produced in plants, are common constituents of the plant’s distinctive flavor and aroma. Terpenes also act as essential medicinal hydrocarbon building blocks, influencing the overall homeopathic and therapeutic effect of the product. The characterization of terpenes and their synergistic effect with cannabinoids are key for identifying the correct treatment plan for patients with pain, anxiety, epilepsy, depression, cancer and other illnesses.

Most states mandate that cannabis testing labs analyze samples for any fungal or microbial growth resulting from production or handling, as well as for mycotoxins, which are toxins produced by fungi. With the potential to become lethal, continuous exposure to mycotoxins can lead to a buildup of progressively worse allergic reactions.

LCMS should be used to qualify and identify strains of mycotoxins. However, determining the amount of microorganisms present is another challenge. That testing can be done using enzyme linked immunosorbent assay (ELISA), quantitative polymerase chain reaction (qPCR) or matrix-assisted laser desorption/ionization time-of-flight mass spectrometry (MALDI-TOF MS).

For mycotoxin analysis, select a high-sensitivity LC-MS/MS instrument. In addition to standard LC, using an MS/MS selective detector enables labs to obtain limits of detection up to 1000 times greater than conventional LC-UV instruments.

Moisture content testing is required in some states. Moisture can be extremely detrimental to the quality of  products. Dried plant extract typically has a moisture content of 5% to 12%. A moisture content above 12% in dried dried plant biomass is prone to fungal growth (mold). As medical users may be immune deficient and vulnerable to the effects of mold, constant monitoring of moisture is needed. Below a 5% moisture content, the cannabis will turn to a dust-like texture

Export Group USA is focused on the management of the companies, which it owns, procurement of financing and investment, and maximizing the value of its companies by the achievement of synergy.